Paraphiliphilia makes it into the DSM-5 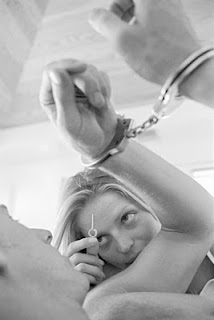 In a surprise move the American Psychiatric Association has decided to include a new set of paraphilias (sexual perversions) in the new edition of the Diagnostic and Statistical Manual of Mental Disorders (DSM-5).

Given the controversy surrounding the already included paraphilias, including autogynephilia (the love of oneself as a woman) and hebephilia (sexual attraction to teenagers), one would think that the experts would be careful not to stigmatize new social groups by labeling them as mentally ill.

More paraphilias to be included

Several researchers have, however, argued that the present list of sexual perversions is arbitrary and based on the prejudices of the researchers involved.

As one sexologist is reported to have said during a stag party: "A pervert is any kind of person my mother would not invite home for dinner". Such thinking can clearly not serve as the foundation for a serious scientific theory.

What is a paraphilia?

A paraphilia is defined as any powerful and persistent sexual interest other than sexual interest in copulatory or precopulatory behavior with phenotypically normal, consenting adult human partners (Cantor, Blanchard, & Barbaree, 2009).

Professor Nick Noire from the University of Wallamalango on Tasmania in Australia says it this way:

"If you want to include people who dress up in rubber and tie each other up for fun, you must also include other forms of strange activities that include the retargeting of sexual energies towards fertility wise improper objects and behaviors."

In other words: The only proper kind of sex is vanilla intercourse between men and women with the aim of conceiving children.

The International Society of Worldwide Stamp Collectors (ISWSC) has protested strongly against the inclusion of philateliphilia, arguing that stamp collectors collect stamps for cultural and social reasons, not because they get sexually turned on by postage.

Noire points to a study done by him and his assistant on filatephiliacs using a penile plethysmograph, an instrument that measures changes in blood flow in the penis:

"We measured erections in several philatelists that were shown photos of of the first stamp in the world, the One Penny Black stamp featuring the bust of England’s Queen Victoria. We found a statistically significant effect in 54.5 percent of the subjects. In comparison only 24% got an erection when shown a food stamp for Kellogg's Corn Flakes." 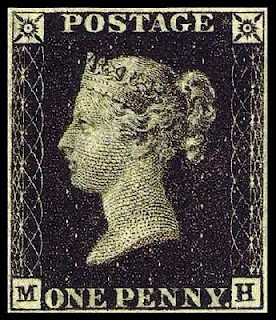 Noire points out that any person who spends large portions of his time looking at small pieces of paper, must be mad:

"Most of them live their mum, anyway!" he says, and goes on to argue that the very fact that these people are collecting stamps in the age of email and twitter proves that they are mentally ill.

He admits that it is hard to explain the existence of philateliphilia from a biological viewpoint:

"It has clearly been caused by a rather new and harmful mutation," he says. "One which most likely appeared in Britain in the 19th century and spread from there through the British crown colonies."

The previous inclusion of autoandrophilia (for female crossdressers) has killed the previous consensus that women cannot harbor paraphilias.

Now we find the inclusion of anuluphilia (sexual arousal associated with fashion accessories), nuptialiphilia (weddings) and mercantophilia (shopping). All of this is considered a victory for gender equality by the DSM paraphilia work group.

Noire argues, though, that none of these female specific paraphilias have been found among male test subjects, with the possible exception of ludoautomercantophilia (sexual arousal from buying sports cars).

Homosexuality is back in

The experts are now taking the rationale behind the inclusion of paraphilias one step further.

Professor Noire argues that any sexual activity that does not contribute to a healthy development of the human gene pool, must be considered a paraphilia:

"If you read the material presented by scientists like Ray Blanchard and J. Michael Bailey, it is clear that they base their reasoning on an evolutionary viewpoint. This is why Blanchard tries to explain the existence of homosexuality in evolutionary terms, as something beneficial to the survival of our species," Noire says.

"This is clearly rubbish, as autogynephiliacs and other perverts are more likely to get kids than any gay guy."

Noire therefore wants to reintroduced homosexuality into the DSM as a paraphilia:

"I really can't understand why Ray [Blanchard] is so reluctant to do this, " he says to the British magazine the New Scientist. "Ray's attempts at defending the honor of homosexuals is suspect, if you ask me."

"This is about the scientific truth," Dr. Noire continues. "We cannot give in to the prejudices of political correct wishy washy liberals." Noire has managed to convince the work group to add another paraphilia that apparently threatens the genetic health of the race, namely turpiphilia (defined as "sexual attraction to esthetically dysfunctional people").

"The underlying premise for the Darwininan selection of the fittest is that the female select the healthiest and most aggressive male, in the same way the peacock hen will mate with the males with the most impressive plumage. A big and colorful tail signal health of the male peacock. In the same way beauty signifies health among humans. Men and women who choose to mate with esthetically challenged people must therefore be considered paraphiliacs."

The work group hopes that the inclusion of turpiphiliacs in the manual will make the turpiphiliacs rethink their decision to have children with turpimetics (ugly people).

Noire argues that since most turpiphiliacs are turpimetics themselves, this will end the breeding of more unhealthy individuals:

"There is no pleasant way of saying this," he said. "But most turpiphiliacs are very unattractive and are therefore unlikely to get sexual access to superior beautiful people. By including turpiphilia in the DSM we are paving the road for a brave new world populated by Brad Pitt and Natalie Portman lookalikes only."

That being said, people like Blanchard and Noire have faced some setbacks in the DSM gender identity disorder work group.

In a coup Professor Ole T. Olerant of the of Karolinska in Stockholm has managed to get another paraphilia into the proposed manual, namely paraphiliphilia (sexual arousal associated with an interest in paraphilias).

Apparently Professor Blanchard and his colleague Ken Zucker at the Toronto Centre for Addiction and Mental Health (CAMH) were unable to attend this particular meeting.

Professor Olerant has done a study based on a questionnaire sent to the researchers at the CAMH, and has come to the conclusion that most of them suffer from paraphiliphilia, and obsessive need to sort all people into paraphiliacs and non-paraphiliacs. 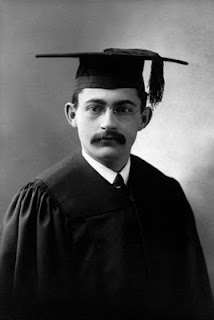 "I believe there are two kinds of sex disorder researchers," Olerant tells Science.

"There are the empathic and the autoanalytic. The empathic are focusing on the well being of the client, while the autoanalytic is focused on the development of typologies. There is reason to believe that these differences in personality types are biologically based, as the autoanalytical sexologist have lower mean IQ’s and higher rates of left-handedness than other groups of sexology patients."

Olerant sent out 650 questionnaires to the research staff at the CAMH teaching hospital and got 10 in return.

Professor Olerant has been strongly criticized for the lack of representativity of this sample (Lawrence 2011), but he replies that if Blanchard and his colleagues can make use of in house patient data to make general conclusions about other types of paraphiliacs, he must be able to do the same using the staff of CAMH.

Based on an empathy test two out of 10 respondents were classified as empathic by Olerant:

"I know that some say that one of them has reported paraphiliphilic fantasies, but given the fact that no empathic sexologist can have fantasies of this kind according to my theory, I believe these dreams are more expressions of a natural attraction to a female patient. These things happen, you know."

Researchers at the CAMH have pointed out that out of the remaining 8, 4 did not report paraphiliphilic fantasies either (Zucker 2011).

"These respondents are clearly lying," Olerant says in a recent interview with Science. "They lie about their compulsive analytical obsessiveness in order to avoid social stigma. I would say that this clearly proves that all of them are narcissistic paraphiliphiliacs!"

Olerant also believes that all the anger he has faced from researchers in Toronto is more proof of them being paraphiliphiliacs: "This is science! Researchers are not supposed to get emotional about a mere medical classification. "

Mr. T. Daniel Burns of the CAMH Board of Trustees says to the Toronto Star that he is appalled at this breach of scientific etiquette:

"Doctor Olerant has clearly misused the trust of our staff, and used the survey to wrongfully label them all as paraphiliacs. By pathologizing our researchers he undermines the dignity, credibility and respect of this teaching hospital!"

Burns is not willing to make a compromise with Olerant:

"Under no circumstance will we agree to Olerant's proposal of letting our researchers undergo a phallometric test while reading Archives of Sexual Behavior. We do not let our staff undergo the humiliating experience of being hooked up to a genital machine. They are human beings, not animals!"

The final version of the DSM-5 is expected to be published in 2013.

The proposal for a new entry on paraphiliphilia has been included below.

This disorder is to be be renamed from Obsessive Compulsive Perversion Disorder to Paraphiliphilia.

A. Paraphiliphilia is manifested by 2 or more of the following indicators:

(3). Repeated use of scientific literature describing sexual activities and fantasies considered by the individual to be abnormal.

(4) Reduced ability to understand the complexity and heterogeneity of dynamic social and/or biological systems and a strong urge to reduce any number of variables to no more than two.

B. The person has clinically significant distress or impairment from important areas of functioning, including, but not limited to, reduced empathic and social functionality, or has sought personal satisfaction from behaviors involving the psychological suffering of two or more nonconsenting persons classified by the individual as paraphilic on separate occasions.

C. The related activities lead to significant distress, stigmatization and impairment for the persons categorized through such paraphiliphilic systemization.

D. The paraphiliphilic categories are limited to sexual practices or fantasies (as in Transvestic Disorder).

See also: DSM-V: What about autogynephilia?
Blanchard and the DSM-V, redefining paraphilia