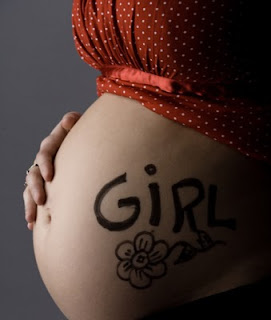 There are a lot of studies out there that try to determine to what extent transsexuals differ from non-transsexual men and women ( also called cismen and ciswomen).

Brains are dissected and brains are scanned, but the results are hard to interpret -- for many reasons:

The scientists may define their experiments and interpret their findings based on a traditional view of gender.
In other words: They may find what they were looking for, even if it is not there. It was not that long ago scientists “proved” that women and black men were less intelligent than white men. They forgot to take the cultural and educational background into consideration when measuring what they called “intelligence”.
The findings are hard to interpret. What a scientist find statistically significant cannot be interpreted to mean that all cismen or all ciswomen are like this or that. The idea of normalcy means that the diversity is not communicated clearly. A statistically significant result that tells us that the brains of female to male transmen are more like the ones of men, does not mean that all FTM brains are like this. Nor does it mean that all “normal” men have “male” brains.
The brain is a flexible organ that changes constantly. Hormones and other substances change the brain. Stress can change the brain. Even learning will change the brain, which means that differences in brain structures or brain activity may be caused by upbringing or cultural conditioning.
Still, I appreciate the fact that researchers -- in spite of these obstacles -- try their best to make sense of it all.

The researchers compared twelve male and twelve female heterosexual volunteers with twelve MTF (male to female) transsexuals. Only “MTF subjects without any therapy “were chosen for the study. They were recruited from the outpatient Clinic of Psychosomatic Medicine at the University Hospital Essen in Germany. The M2F transwomen had not had hormone treatment or surgery and any difference in brain behavior can therefore not be attributed to such therapy.

This is how the researchers sum up their work:

This sound pretty conclusive, does it not? MTF transwomen have the brains of “normal” ciswomen, at least sexual arousal wise.

Unfortunately, it is not that easy.

The researchers are very much aware of this:

“...the origins of transsexualism are still largely unclear but may be inﬂuenced by the prenatal sex steroid milieu [i.e. hormones in the womb]. Hormonal inﬂuence is also discussed for morphologic gender differences. Morphologic characteristics were not assessed in our study, as the group was not large enough. It has been observed that psychotherapy is not helpful in altering a crystallized cross-gender identity, and that transsexuals do not show severe psychopathology. But, as in the variation of gender identity expression in heterosexual men and women, social inﬂuences should nevertheless be taken into account in addition to a biological, e.g., hormonal, explanation. Baumeister, for example, found that the female sex drive is more malleable than the male drive in response to sociocultural and situational factors. Therefore, the differing activation patterns in fMRI may be due to neurobiological differences, but these results cannot clarify the underlying mechanisms of the different cerebral activation patterns of MTF transsexuals, as cultural and educational inﬂuences are also possible.”

This means that both men, women and transwomen may have learned to express their arousal a specific way that is reflected in the brain scan.

Still, even if that is the case, it would be interesting, because it would tell us that MTF transwomen can really adapt to a “feminine psyche”, even if they do not have one from the outset.

In discussions on “autogynephilia” and crossdreaming, the sexual orientation of male to female transwomen become important.

The gender identity conflict of androphilic transwomen is caused by them being extremely effeminate gay men, Blanchard argues, while the gynephilic transwomen are perverted heterosexual men who have internalized their natural love object: women.

I find this dichotomy sexist, offensive and unfounded, but for the sake of argument I will play along with it.

If the two groups are completely different, studying male to female transwomen in general will not make much sense. Your group will consists of both bananas (“heterosexual men”) and pears (“homosexual men”).

Given that there is no autogynephilic control group, the study should therefore -- in principle -- be of little interest to us crossdreamers. Most of us are, after all, gynephilic. According to Blanchard all crossdreamers are.

I will argue that the researchers most likely have misunderstood what autogynephilia means, and that most of the M2F transwomen taking part are-- in fact -- gynephilic. This would mean that the data is of interest to gynephilic crossdreamers.

I believe the researchers have interpreted “non-autogynephilic” to mean “non-fetishistic” or “non-paraphilic”, meaning that the main motivation for them transitioning is not sexual. They have not grasped that Blanchard believes that all gynephilic transwomen are autogynephilic perverts, regardless of what they say or believe.

The mean age of the MTF transsexuals in this sample is 36 years, within a range of 20–55. According to Blanchard and his supporters most androphilic transwomen transition at a very early age, normally in their teens or in their twenties.

And indeed, it turns out that a majority of the MTF transwomen are attracted to women, which -- of course -- they should not be if they were non-autogynephilic:

This is what the researchers write:

What this paragraph tells us is that a majority of the M2F transwomen covered were, in fact, gynephilic. It turns out ten of the transsexuals were gynephilic. Only two were attracted to men.

What about lesbian love?

One could argue that the gynephilic women would react more like men if they were shown lesbian love scenes. They do, after all, claim to be lesbians themselves. This is the problem the researchers are alluding to in the quote above. And they should have included homosexual scenes in the study.

And Blanchard and his friends would have to agree with me, as their main explanation for why “autogynephiliacs” get turned on by the idea of having sex with a man, is that they use the fantasy male as a sex prop. This is, as far as they are concerned, proof of the “autogynephiliacs” being wired as men sexually.

For Blanchard & Co sexual orientation is the variable that determines femininity and masculinity. This study shows that it is not. The gynephilic transwomen react as women to heterosexual stimuli, even if they are not originally attracted to men.

How you can use Blanchard to show that Blanchard is wrong

The researchers make no attempt at explaining this question, which is an essential one for crossdreamers. I have a few ideas of what may be going on.
The gynephilic transwomen taking part do indeed have a female sexuality, but this one is not based on their sexual orientation, but on the role you play during intercourse. Crossdreamers most often have a receptive and reactive copulation instinct as opposed to a penetrative or mounting one.
This applies to many XX lesbians as well: The “femmes” may play the submissive role to a dominant “butch”, even to the point of being penetrated with a strap-on. In this case the transwomen react in the same way as the ciswomen to the idea of being taken by another human being.
Studies done by Blanchard himself indicate that women are more likely to get aroused by a wide variety of sexual interaction, including imagery of sex between bonobos. It seems it is the reciprocal care and attention that turns them on, not the visual stimuli of the male body exclusively.
If the transwomen reacts like ciswomen, this may explain why they react in the same way towards scenes of heterosex. They react positively to the human interaction, not to the male body per se. Their reaction is not a sign of perversion, but of them reacting to sexual stimuli in the same way as the average woman!
All the gynephilic transwomen taking part may not necessarily be gynephilic in the sense Blanchard & Co believe they are. Sexual orientation may not be a strict dichotomy between attraction to males versus attraction to females. Instead they may have a bisexual psyche, with a preference for women. If they manage to get through layers of cultural conditioning they may come to enjoy having sex with men.

I do find the study interesting. In one way it gets us into the heads -- literally! -- of MTF transwomen. Given the current request for peer reviewed “objective facts”, I would say this study is as good as any, and it does indicate that gynephilic MTF transwomen react like other women.

The reason I hesitate is this:

I believe many of the studies we see in this field is based on a cultural and historically based preconception: Men and women react dramatically different to sexual stimuli. I believe the cause of this understanding is ultimately found in the old fashioned narrative where the women are considered less sexually charged than men. You know: Men are hot fire, women are cold water (to follow Renaissance philosophy),or men are aggressive testosterone driven predators and women are passive estrogen powered milk cows (to follow 20th century science).

I am not saying that all present day researchers believe in such stereotypes. Far from it. But I am saying that they work withing a scientific paradigm and a theoretical and methodological framework that are based on such a world view. This is especially reflected in quasi-Darwinistic theories of the man as the hunter and woman as prey. (Cf. my posts about Roughgarden).

This means that the researchers look for sections of the brain that reacts in a way that correlates with this preconception. They search and search, and when they finally find an area that seems to react in a way the theory predicts, they sigh in contentment and write a paper.

I am sure some separatist transwomen will argue that the fact that the researchers excluded “non-autogynephilic” transwomen -- even if the researchers have misinterpreted the term -- show that this study cannot be used to say anything about the brain patterns of crossdreamers or “autogynephiliacs”. After all the crossdreamers were excluded, right?

Given that the researchers do not define “non-autogynephilic”, we have no way of really knowing.

You know what? I can understand that they did not.

Measurements and self perceptions

The subjects were also asked about their sexual arousal. That part of the study did not reveal significant differences between the groups.

This could mean that someone was lying, that someone was out of touch with their own feelings, or that the scanner readings did not really tell the researchers much about arousal patterns in men and women.
What about androphilic transwomen?
In my next post I will look at a brand new Spanish study that indicates that the brain patterns of androphilic transwomen are somewhere in between men and women.

Appendix: On the use of the study

A shortcoming of fMRI for clinical use, however, is its limited ability to do comparison analysis with single subjects. Furthermore, these results, together with anatomic differences described in other studies, support the biological theory of transsexualism [10]. However, fMRI studies cannot clarify the underlying mechanisms of altered activation patterns. Genetic predispositions, social inﬂuences, or learning mechanisms during life development may play a role.”