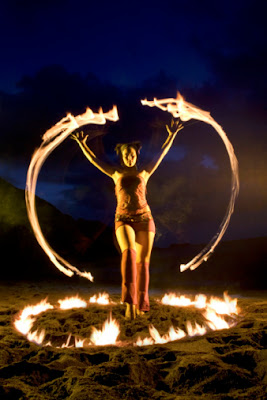 In my previous post I looked at how a parasite may actually hijack the mind of a male crab and make him behave like a female.

This is the kind of research that points in the direction of gender behavior being based in biology.

In this post I am going to give you examples of how the very structure of language shapes the way we understand gender.

Bizarre example No. 2: The biology of jargon by gender


In a recent article The Scientific American reports on sex and the understanding of numbers. I'll come back to arguments raised in a minute.

The article reminds me a bit about the linguist George Lakoff's amazing book Women, Fire, and Dangerous Things

which explores the connection between the structure of language and how different societies perceive things in different ways.

Lakoff argued that the logical systems of languages are in now way as rigid and strict as formal logic, nor should they be. Hence the word "mother" can be used to refer to the woman who gave birth to a person, the woman who raised her, the surrogate "mother", or even a gay man raising the kid together with another gay man.

In other words: Normal language is not based on a one to one relationship between words and things "out there", but on metaphors.

That being said, there is an underlying structure of general principles that explains how concepts are classified.

The title of the book refers to the Australian aboriginal language Dyirbal, which classifies everything into two groups. On the one hand there are women, fire and dangerous things, and on the other hand there is everything else, men included.

The Sun and the Moon

It is a fair guess that this kind of categorization influences the way you think about things.

In Norwegian the moon has the masculine gender (månen) and the Sun the feminine (sola), while in Latin languages the moon is feminine (la lune), while the sun is masculine (le soleil).

A feminine moon may be considered  emotionally shifting (a 28 day "menstrual cycle") and weak compared to the sun. Or: If you have a positive view of womanhood: It represents life, death and rebirth. A masculine moon, on the other hand, can be understood as  a strong male fighting the feminine darkness.  The Norse moon god, Máni, was male.

A feminine sun may be understood as nourishing, while a masculine sun is illuminating (a symbol for the male intellect).

I am not 100 percent sure if we can see these differences in the modern Norwegian and French reflections on the Moon and the Sun. The original metaphors are probably lost.

Still,  the research referred to in Scientific American tells us that we even now may be influence by such unconscious metaphors. 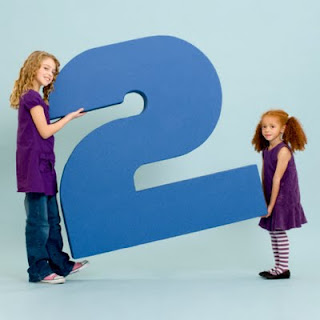 J. E. Wilkie and G.V. Bodenhausen argue that numbers are gendered, and may even be so in languages that lack grammatical gender (like in English).

"We examined the possibility that nonsocial, highly generic concepts are gendered.  Specifically, we investigated the gender connotations of Arabic numerals.


"Across several experiments, we show that the number 1 and other odd numbers are associated with masculinity, whereas the number 2 and other even numbers are associated with femininity, in ways that influence judgments of stimuli arbitrarily paired with numerical cues; specifically, babies' faces and foreign names were more likely to be judged as 'male' when paired with odd versus even numbers.


"The power of logically irrelevant numerical stimuli to connote masculinity or femininity reflects the pervasiveness of gender as a social scaffolding for generating understandings of abstract concepts."

So the number one is considered masculine, while the number two is considered feminine. If you are sensing some kind of implicit sexism here, it is probably because the underlying cultural logic is sexist.

What these researchers have done is to pair both foreign sounding names and baby faces with numbers. If a name is accompanied by the number 1, people tend to believe it is masculine. If a baby face is paired with the number 2, people believe the baby is a girl -- regardless of the baby's true sex.

"Our tendency to see gender in everything, even numbers, is a reminder of how fundamental gender is to how we perceive the world," the Scientific American argues. "When people are led to believe that an object possesses one gender or another, it changes how they relate to that object."

Stanford researchers Clifford Nass, Youngme Moon, and Nancy Green had people interact with a computer that was programmed to have either a male-sounding or female-sounding voice:

"They found that when the computer had a female-sounding voice, people saw the computer as less friendly, credible and knowledgeable, as compared to the male-sounding computer. People did this openly, despite knowing perfectly well that they were making judgments about a machine and not a real person."

This is why our culture's tendency of labeling kids with pink and blue markers are so important.

Our expectations towards a pink baby (a girl) are different from our expectations to the one in blue. Because of this we treat them differently, which again changes the way the kids understand their role in society.

Not even toxoplasma gondii  can change that.
Posted by Jack Molay