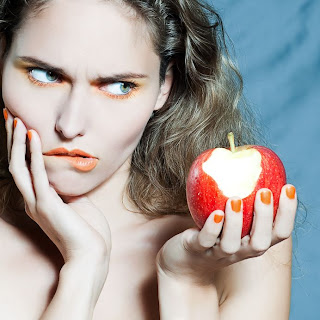 After a few days of starting hormones I felt a great sense of relief, a positive sense of well being and the feeling that I was at last dealing with my problem. I was put on a low dose (Estraderm TTS 50 patches) which I was happy with, as the dose given was making me feel much better in myself. I felt more like me. My therapist told me I was feeling better as my thought patterns were now able to flow freely and be processed better with the introduction of estrogen into my system. It was a sign that my brain wiring was actually feminine. How true this is, is another matter.

I was not actually transitioning in the gender role I was still me. I came to the conclusion that the need for a transition was not a priority and that I had found a way of being happy. Why did I need to turn my life upside down and start dressing full time as a female? The idea was there and I would have liked to, but I felt I had to be realistic with what could be achieved.

From about a year in with hormones I started experiencing odd glances, side ways looks from people when I walked down the street. I began to feel self conscious, very much like what I felt in my teenage years. Why did I receive such looks from strangers? Was I simply imagining it? Was it paranoia? What this reaction made me realise was that I had perhaps started to loose the protective 'testosterone shield' which makes you deal and respond to stress better than females. I was still my everyday male self in my day to day life, although I had grown my hair a lot longer as I felt that the longer hair was more in tune with the person I felt inside.

Up to this point I always believed that to pass as a female I would have to spend an hour or so with make-up and fussing with presentation. I had spent years going to tranny clubs so there was always the association that to be taken as female you have to dress as one and wear makeup. I was still presenting as a male or perhaps as a more relaxed male with longish hair. So I was very surprised that in casual exchanges in shops or markets I was being called madame, or she.

The first time this happened I could not get over how a person could take me as being a woman and I was presenting as a male. I made no attempt with adjusting my voice or anything like that as I was just being me. This type of situation started to occur more frequently and I made the note that it was non English people who were mistaking me for female.

As time wore on I say about a half of communications with strangers resulted with them thinking I was female. Sometimes the word 'she, miss, madame' were not used but it would be something else that would give it away. Men would smile at me if I passed them on the street, or the verbal exchange may result in some sort of phrase such as 'Guys can multi-task too, you know', was one reply I had back from a chap who would only say something like this if he thought I was female.

I was just being myself. There was no change in my attitude or mannerisms, yet every now and then it would be made known to me that I was being taken as a female. These were always short exchanges, such as purchasing something in a shop or walking past someone wanting to do a street survey, or charity box holder. Close friends who had not seen me in a while but knew of what I was doing told me how girly I was starting to look. Yet I did not see this woman emerging from myself, she seemed invisible to myself but easily seen by others. I was still me, or was I?

As I was growing my hair the lady hairdresser I had been going to for some time seemed to automatically give me a female hair style each time I visited. I enjoyed this and worked up to having the full works of hair coloring and highlights on each visit. She would ask me how my 'partner' was, so I guess she thought I had a boyfriend. My sexual attraction had always been for females.

I started to feel as if the train I was on was starting to run a little bit too fast for my liking.Yet I held on and continued as I felt very happy, if a little paranoid.

I was experiencing I guess what I had always wanted to experience. I would also hide my penis away and simply masturbate using by nipples and caressing my body. I would pretend in my mind that I had a vagina and was really a woman, it was wonderful. I also experienced genuine feelings of wanting to be rid of my penis. I had not experienced this before and realised this was my brain's reaction to its sense of what my body was and should be now with the wash of estrogen's within me. Men also became a source of attraction and started to replace the AGP sexuality that I had always known. To really feel like a female - yet this forbidden pleasure that I had so wanted was somewhat scary.

The thing I wanted and had fantasied about the most was actually happening to me. People were taking me as a female with no effort on my part (I was still dressing as a guy) and I was enjoying a sexuality that was 100 times better than pre hormones. But obtaining this prize did frighten me. I can't explain why or put into words why this was so.

So what did I do? I pulled the plug an stopped taking the hormones at around the two year mark.

A year later many physical and mental traits have remained. I don't get taken as a female day to day anymore. I do not see the difference between myself then and to the way I am now. But people's reaction and response have changed back. I do still get the odd look or second glance but it is not so often now. Part of me is sad at what I have lost, but I treasure the mental bits that have been left within me such as the exposure to a new form of sexuality beyond AGP which in part still remains.

So what about now? - Well I still want to be female and would like to start up again with the hormones, but the fear of the unknown frightens me. Would I be happy or would I be a regretter. So confusing and I still don't have any answers or know what to do.

Update: If you want to ask Moon some questions, you can do so over at Crossdream Life!
Also read Moon's follow up blog post on E and crossdreaming: "Crossdreamers Really Do Love Estrogen!"

See also: Does the effects of hormones on transgender prove that crossdreaming has a biological component?
Posted by Jack Molay