On how to save a relationship 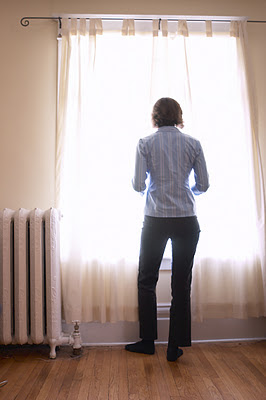 I have another email on love and relationships for you. agppartner ask for advice on how to save her relationship with a male to female crossdreamer.

Please do share your own thoughts on this matter!

This is what she writes:

I write with sincere distress, as I really don't know what to do.

My parter and I started coping with his AGP [autogynephilia or male to female crossdreaming]  almost a year ago now. It has repeatedly almost destroyed our relationship and is a very tense subject to say the least. He has repeatedly lied, not only to me, but to himself, about the subject. And our sex life, even at its peak, is far from ideal.

About 6 months ago, we came to the realization that he was addicted to AGP. We both agree that AGP is not an addiction, but, that, as is possible with any strong stimulus, he had become addicted to it.

We worked SO hard for months. We really focused on developing his masculine side and on finding ways to celebrate his masculinity. He lost 20 lbs and started to feel so much better about his body and to really own his sexual attractiveness as a man. Our sex life got better. Our relationship got stronger.

But, now, he has started lying again. Granted, its over rather small things, but it is the pattern that scares me. He set the rules and he agreed to talk with me about any gender-themed thoughts, fantasies or experiences that were a part of his life. Meanwhile, I find out that for the last "few months" shemales have been popping into his head in a sexual manner every other week and he as masturbated twice without telling me, which he had promised to do. He has also been looking at gendered porn, on occasion. Worst of all, the only way I found this out was by "policing" him (which I HATE, HATE, HATE to do, but my intuition was too strong to ignore).

And worst of all, I don't think that we can have a mutually satisfying sexual life if AGP is a major component of his sexuality.

Not to mention, I know that, even if I could find them gratifying, his sexual pleasure has NOTHING TO DO WITH ME. NOTHING. Its all in his head. Its all about him. I am, at best, a prop. But, in reality, even as a lowly prop, he is probably imagining me as something else (a male) anyways.

Possibly the hardest part for me is the utter rejection I feel. Nothing I can do or say or wear or anything could ever compete with himself and his fantasy world.

Even though I love him dearly and he loves me in return, for purely sexual reasons, I feel like I should just give up now. For both of our sakes.

I'd love to know what you and your community think. You have full permission to print this on your blog.


"Thank you for your open and frank email!

It is heart breaking, and I wish I had a simple solution to you other than the usual "We all have to make compromises" kind of stuff.

Some  couples make it work. They find different ways of role playing that satisfies both, not necessarily at the same time, but the joy of pleasing one another can be pleasurable enough.

You have sincerely and courageously tried to go down that road, and found that you get no pleasure out of this, which simply means that in your case it does not seem to work. This is not in any way your fault! You are not to blame here.

In some relationships one partner (and it can be either one of them) plays along focusing on the other aspects of the relationship instead (love, friendship, family, common interests). This is partly my way of coping. I love my female partner very much, and am willing to go a long way to make her feel that love. She, on her side, seems to appreciate my softer side, although I readily admit that there are times when our sex life suffer. It would never work, if the sex had only been a way of satisfying her or mine sexual desires, and not a way of bonding through sharing intimacy.

In your relationship that you would have to be the one to make all the sacrifices, it seems, and -- frankly -- giving up your own pleasure completely will most likely not work. You will be frustrated, hurt, angry and depressed, which is never a good foundation for a loving relationship.

But this is also the case for your partner. I he suppresses his desires and longing, trying to become something he is not, he will also suffer.

I know from my own experience that the "addiction like" behavior displayed by some crossdreamers, is based on a combination of sexual frustration, lack of affirmation and shame. Men are brutally conditioned by parents, friends and society to deny any feminine inclination, as it is considered a weakness and a loss of self. If we  M2F crossdreamers have a female side to our psyche (and I am convinced that we do, even if only a minority are truly transsexual), we are basically taught to believe that our true selves are to be despised instead of loved. This leads to the secrecy, the suppression, the shame and the obsessive behavior.

You write that you have focused on developing his masculine side and on finding ways to celebrate his masculinity. I am not 100 percent sure of anything when it comes to gender and sexuality, but it seems to me that this strategy can only work as a means of helping him play the role of the masculine man. It will not work if it is used as a way of suppressing his "inner woman". She will not be denied, and his only way of coping with "her" demands within such a setting is to lie to you. In other words: Make believe can only work as make believe, and not as a strategy for changing a crossdreamer's personality, in the same way you cannot train yourself to become the dominant one in bed.

I have a gay friend who tells me that a relationship between two "tops" or two "bottoms" will never work. I am not so sure about that. I think most men and women have enough of the opposite inclination to be able to play along. But it will never work if their fundamental "wiring" is not respected and never satisfied.

Some relationships will not work. The differences in interests, personality traits, and opinions are just too many. I have no way of knowing if this is the case when it comes to the two of you. It might be, but I would not give up just yet, if I were you.

Let us see if we can get some feedback from the readers."