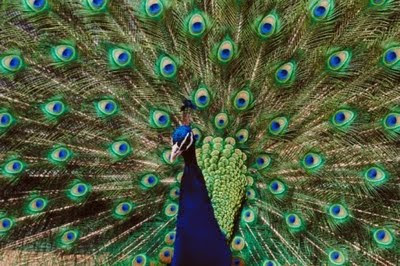 First part in a series about sex, gender and nature. In this post I look at how science works and scientific ideas are shaped.

One thing I have learned from working on this blog is that as regards crossdreaming (offensively called "autogynephilia") and transgender conditions, you have to question everything, even the most basic knowledge taught in school.

And the more I read about the research done on these topics, the more it is clear to me that scientists are like the rest of us: caught by their own prejudices, fears and dreams.

The fact that something is published in a scientific journal does not mean that it is true. As regards the transgender topic, one scientific paper will say the exact opposite of another, which is as it should be, of course, for science is supposed to be a discourse between knowledgeable people of good will.

The main problem with transgender issues, however, is that they challenge the very basis biology, psychology and psychiatry are based on. This means that we not only have to discuss the merit of the individual research report, we must also question the the world view of that researcher -- i.e. the scientific paradigm, to use Thomas Kuhn's term.

Why the concept of autogynephilia makes transpeople mad

To give one obvious example: The debate on autogynephilia is full of angry words, hatred and despair. The reason for this is not primarily that Ray Blanchard, the man who coined the term, is arguing that it is useful to have a separate category for men who fantasize about being women, being that cross-dressers or cross-dreamers. Such a category may or may not be a useful one.

No. the main reason for all the strong feelings is that Blanchard starts out with two premises that have not yet been proven:

1. Such a condition is a paraphilia. It is unnatural.

2. There is no such thing as a woman trapped in a man's body. Transsexuals are men, and as such either homosexual or heterosexual.

Science as the objective truth

I guess there are those that would say that the reactions from the transgender community are mainly emotional and unscientific, even if they are understandable.

Many scientists would argue that if science concludes that many of the transgendered are "autogynephiliacs" and that this condition is a disease or a paraphilia, well, then the scientists cannot just rewrite their findings to avoid offending a small proportion of society.

In science the truth comes first, regardless how painful it may be. Instead the medical society should develop psychiatric treatments that can help the poor bastards back to a normal life.

This all makes sense. But (and this is a huge "but"!) what if the scientific findings are not based on a critical and unbiased exploration of the world? What if the relevant conclusions are not the result of the research itself, but instead are implicit in the very world view of the researchers themselves?

What if the researchers find what they set out to find, simply because they are unable to think outside their own box?

As for male to female crossdreaming (by them called "autogynephila"), it may be that Blanchard & Co are right about it being some kind of "target location error" and that there are two distinct types of transgender people (autogynephiliacs and "homosexual transsexuals"). My jury is still out on this.

[Update of 2013: The target location error the has been thoroughly debunked. Moreover, there are both female crossdreamers and gay and lesbian crossdreamers.]

Nevertheless, it could also be that everything Blanchard and his followers do is to find confirmation for their initial world view, namely that there is one and only one natural and healthy sexuality: heterosexual intercourse between a man and a woman.

That is: Their conclusion could be nothing more than the effect of their basic world view. They would be like the night time drunk that kept looking for his lost keys under the lamp post, because that was the only place he was able to see anything.

This would imply that any sexual fantasy going outside the heterosexual pattern is interesting to them mainly because it is a deviation, a puzzle that has to be explained. Indeed, it does seem like Blanchard and Bailey never seriously question the world-view their theory is based on.

The way they insist on calling M2F classic transsexuals homosexual men is a clear indication of this. If they accept that these men are so feminine that they feel a strong need to change their sex, it should not be too hard to accept that they are in many ways "women trapped in men's bodies". After all, "feminine" means "womanly" or "the trait of behaving in ways considered typical for women".

But they cannot do that, as it would violate their belief that basic biology comes first. If it walks like a woman and talks like a woman, but used to have a penis between its legs, it is definitely a man, because that is how you classify the sex of mammals.

You could argue that the reason Blanchard and Bailey believe in what we can call a "natural heterosexuality" could be found in their own cultural upbringing and the fact that disciplines like biology and psychiatry have been steeped in the same ideology.

No, I am not going to go all relativist and postmodernist on you! I have the deepest respect for science. Indeed, I am going to make active use of science in future blog posts. My point is that the scientific method does not stop researchers from being like all the rest of us. They have their prejudices and their hang-ups.

The scientific career has its price

Furthermore: In spite of what scientists may tell you, it is not always a good career move to question the very foundation your discipline is based on. If you do that, you question all the researchers that have gone before you, the very ones that right now control research funding and any chance you have for a promotion.

Moreover, if you want to produce the necessary number of peer reviewed papers, you need to take some facts for given. You cannot question everything all the time, so why not stick to the facts your colleagues agree on? After all, they are the peers in the peer review panels.

There is more than enough to disagree on anyway, to make your research interesting and to give you a standing in the scientific community.

The biological foundation for natural heterosexuality

So what are the basic tenets of "natural heterosexuality", this particular scientific ideology?

Well, these are the ones that makes it hard to believe that MTF crossdreaming can be anything but a "paraphilia", a disease and a perversion:

1. The basis for much of evolution is the battle of the sexes. Inheritable traits are selected through a process whereby females select the males with the best genes and mate with them.

2. There is an underlying premise that there exists some kind of "perfect" male: the one with the best genes. This male has to be aggressive to succeed in outperforming the other males, both through fighting and in order to impress the female.

3. Although there is variation in nature, and also between individual animals, it is given that each sex has one standard way of behaving that is common for all members of that sex and that is different from the behavior of the members of the other sex.

If these three premises were to be proved wrong, it would at least open up the possibility that transgender people in general should not be considered freaks of nature. Instead they could be explained as the result of natural variation. It would also force the scientist look for transgender roles that makes sense evolution wise.

This is why biology and zoology matters. Not because we can use animal behavior as a guide line for human ethics -- we cannot! -- but because these disciplines have the power to define what's natural and what's not.

Darwin and the roles of the sexes

This is what Darwin said about the roles of males and females (The Decent of Man):

"Throughout the animal kingdom, when the sexes differ in external appearance, it is, with rare exceptions, the male which has been the more modified; for, generally, the female retains a closer resemblance to the young of her own species, and to other adult members of the same group. The cause of this seems to lie in the males of almost all animals having stronger passions than the females. Hence it is the males that fight together and sedulously display their charms before the females; and the victors transmit their superiority to their male offspring...

"The female, on the other hand, with the rarest exceptions, is less eager than the male. As the illustrious Hunter long ago observed, she generally 'requires to be courted;' she is coy, and may often be seen endeavouring for a long time to escape from the male.... It is shewn by various facts, given hereafter, and by the results fairly attributable to sexual selection, that the female, though comparatively passive, generally exerts some choice and accepts one male in preference to others."

This narrative makes it extremely hard to understand and accept males that do not strive to become the alpha male, who are not trying to sire as many sons as possible, who are not attracted to females, or who - heavens forbid! -- act like a coy female.

It is interesting to see how hard biologists have worked to explain away homosexuality. How on earth can same-sex attraction exist, when the evolution of the species only reward "natural" sex that produces off-spring?

The very existence of homosexuality challenges basic beliefs within these sciences. No wonder it took time for homosexuality to be declassified as a perversion.

Even now a lot of scientists in this area probably believe they were forced to do so for political reasons, not because science proved them wrong.

As a matter of fact, most biologist continue to look at homosexuality among animals as an error, a kind of deception or -- at best -- as a way for one male to dominate another (in order to prevent the other guy from getting access to the girls, of course...).

For transgender people and crossdreamers struggling with shame and low self-esteem caused by a society labeling them as perverts, it should therefore be of interest to know that this basic scientific paradigm -- the one about heterosexual relationships and fantasies being the only natural ones -- is being challenged, not only by gay and trensgender activists, but also by renowned scientists within these very disciplines.

There are alternative models for understanding sexuality and evolution that make equally much sense and that do not necessarily lead to the conclusion that all homosexuals and transpeople are generated by genetic errors or traumatic upbringings.

I am going to present one such scientist to you in a series of posts. Although I do not necessarily agree with all she has to say, she is one of the very few scientists living today that has actually changed my view of the world, and that says a lot. I am not easily impressed!

Joan Roughgarden will be the topic of my next post.

[Edit of March 2014: The offensive  terrm autogynephiliac has been replaced by crossdreamer, unless there is a clear reference to the theory of Blanchard.]
Posted by Jack Molay