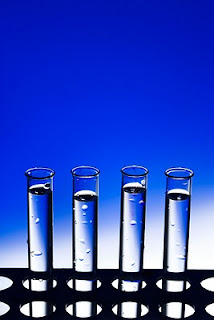 Is there a biological basis for the gender identity of transsexuals and crossdreamers? It turns out there might be.

Even if there has been no proper research done on the causes of crossdreaming ("autogynephilia"), there are many scientific papers on the etiology (cause) of transsexualism.

General conclusions regarding the cause of gender identity

These are their conclusions:

"There is evidence that biological factors, especially prenatal androgen exposure, play a significant role in the etiology of gender-variant identities. While there is also evidence for other biological correlates, this does not necessarily imply more than one biological factor plays a role – it is likely that they are related and share a common precursor. For instance, it is entirely plausible that there is a causal pathway from genes causing atypical prenatal hormone levels causing neuroanatomical differences and an adult gender-variant identity.

"We know from studies of individuals with intersex and related conditions that it is not uncommon for an individual to have a male-typical prenatal environment (including androgen levels), to be assigned a female sex at birth, and develop a female gender identity. Therefore, psychosocial factors also have a role to play in the etiology of gender-variant identities.

In short: psychological and social factors may influence the development of gender identity, but there is most likely a biological basis.


(Sidenote: Note that these researchers are not using the word gender in the sociological meaning -- i.e as a social construct. In this context the word gender is used for the physical basis for behavioral differences between men and women.)

It should be noted, though, that you cannot rule out some kind of biofeedback, in the sense that the very act of wanting to become a woman may change the brain itself. The plasticity of the brain is significant, and it will change according to how we use it. Still, I must say that idea of us feminizing our brains through sheer willpower is a long stretch.

I should also add that there is a lot the scientists do not know about the brain, and the very fact that there is a correlation between the size of a certain brain area in women and MTF trans women does not prove that that very area determines gender identification. But it is likely that they do.

A recent study made by Alicia Garcia-Falgueras and Dick F. Swaab, "A sex difference in the hypothalamic uncinate nucleus: relationship to gender identity", (Brain, a Journal of Neurology, published online on November 2, 2008 Brain, doi:10.1093/brain/awn276) concludes that there is such a correlation.

The researchers had previously found that "the bed nucleus of the stria terminalis (BSTc)" is female in size and neuron number in male to female transsexual people. The BSTc has the size of a rice grain.

The BSTc is found in the thalamus of the brain, and is often referred to by transgender activists who argue that their female gender identity is inborn. For these activists the sexual orientation of the transsexual women is irrelevant.

This BSTc research was heavily criticised by among others Anne Lawrence, the famous "autogynephilic" trans woman and Ray Blanchard supporter.

Lawrence points out that individuals who oppose Blanchard's formulation tend to favor the brain-sex theory, which postulates that there is a neuroanatomical basis for female gender identity in MTF transsexuals that is independent of sexual orientation. The brain-sex theory is a "unitary" theory of transsexualism. It therefore appears to contradict what she calls the"widely accepted theory" of Blanchard. 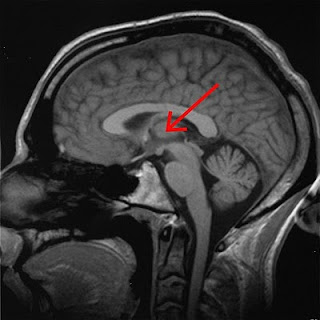 [Image: The thalamus. Photo from Wikipedia]

"According to Blanchard's typology, homosexual MtF transsexuals, who are exclusively sexually attracted to men, seek sex reassignment primarily because their appearance and behavior are markedly gender-atypical. Nonhomosexual MtF transsexuals, who may be sexually attracted to women, to women and men, or to persons of neither sex, are not markedly gender-atypical in their appearance or behavior; they are believed to seek sex reassignment primarily because they are sexually attracted to the idea of becoming women, a paraphilic sexual interest that Blanchard (1989a) called autogynephilia. "

When trying to explain why the BSTc findings do not undermine Blanchard's theory, Lawrence presents three possible explanations:
The report she is referring to is Kruijver, F. P., Zhou, J. N., Pool, C. W., Hofman, M. A., Gooren, L. J., & Swaab, D. F. (2000). "Male-to-female transsexuals have female neuron numbers in a limbic nucleus." Journal of Clinical Endocrinology and Metabolism, 85, 2034-2041. This is the research Garcia-Falgueras and Swaab are referring to as well.

In other words: Lawrence believes that all of the MTF trans women included are "autogynephiliacs". That leaves her with a big problem. The research seems to indicate that as regards this brain area, these AGP trans women are more like non-transgender women. That seems to imply that they have some kind of inborn femininity.

But autogynephiliacs do not have an innate femininity according to Blanchard, so this is a finding Lawrence cannot accept. Lawrence therefore concludes that the fact that their brains look feminine must be an effect of hormone therapy:

"The simplest and most plausible explanation of the Zhou/Kruijver findings is that they are attributable, completely or predominantly, to the effects of cross-sex hormone therapy administered during adulthood. There is no longer any reason to postulate anything more complicated."

Note that the original researchers argued that they had taken the possible effects of hormone treatments into consideration.

But this was not the end of the story. The Swaab & Co team had heard the complaints. And now they had decided be even more careful when checking for variables like gender orientation, hormone treatments, non-transsexual control groups etc.

In the new study the Swaab & Co team investigated the so-called "hypothalamic uncinate nucleus", which is composed of two subnuclei, namely interstitial nucleus of the anterior hypothalamus (INAH) 3 and 4.

Don't worry too much about all these medical terms. The point is that they have found another area of the brain, close to the BSTc, that also varies in size between men and women.

They say that the most pronounced differences were found in the INAH3 subnucleus.

"Its volume in thionin sections was 1.9 times larger in control males than in females and contained 2.3 times as many cells . We showed for the first time that INAH3 volume and number of neurons of male-to-female transsexual people is similar to that of control females. The female-to-male transsexual subject had an INAH3 volume and number of neurons within the male control range, even though the treatment with testosterone had been stopped three years before death. "


In other words: The data seem to indicate that the INAH3 volume and neuron number in transsexual male-to-female people is in the female range, while the values of the female-to-male subject is in the male range.

They researchers propose that the sex reversal of the INAH3 in transsexual people is at least partly a marker of an early "atypical sexual differentiation of the brain" and that the changes in INAH3 and the BSTc may belong to a complex network that may structurally and functionally be related to gender identity.

The researchers argue that differences in adult testosterone levels can only partly explain the observed differences in the INAH3 subdivision of transsexual people while estrogen levels do not seem to have an influence.

And yes, they have looked at gender orientation. That is: they are aware of the fact that some believe that MTF gynephilic transsexuals may be fetishists or paraphiliacs and for that reason cannot have an innate femininity. Still, they have found no difference between man-loving and woman-loving MTF trans women:

In other words: all the MTF transsexuals seem to suffer from a misalignment between their brain sex and their body sex.

The researchers believe that these are the brain structures are responsible for gender identity formation:

"The differences observed between the INAH3 structure, its innervation in relation to sexual orientation and gender identity and its putative connection to the BSTc suggest that these two nuclei, together with the SDN-POA (= intermediate nucleus, = INAH1 and 2) and the SCN (Swaab et al.,1985) are part of a complex network involved in various aspects of sexual behaviour."

No proof, but clear indication

Again: This is not the final proof for the brain sex theory. This kind of brain research is in its infancy, and new research may go in another direction. Still, it seems to me that current neurological research is accepting that gender identity formation is based in the brain and that it has a genetic or pre-natal (before birth) hormonal explanation.

Moreover, the researchers seem to believe that this gender identity is not linked to sexual orientation. In other words: whether the MTF trans women love women or men makes no difference.

We do not know whether any of the trans women included in this research were or had been "autogynephiliacs," as defined by Blanchard. But if Lawrence and Blanchard are correct when they say that all non-androgynephilic transsexuals are "autogynephiliacs", they must have been. I must admit that I am not so sure of that, but given the large number of autogynephiliacs that do transition it is likely that at least some of them were.

The variants of autogynephilia

If the brain sex researchers are correct, and gender identity formation is anchored in these brain areas, the next question would be: To what extent are other, non-transsexual, crossdreamers who love women ("autogynephiliacs") similar to women brain wise?

Could it be that the crossdreamers and crossdressers who do not feel the urge to transition have INAH3 and BSTc structures that are in between men and women in size? Or is the great variation we find among "autogynephiliacs"  caused by psychosocial factors?

Another possibility may be that different brain areas determine different aspects of the gender identity and sexual orientation. Joan Roughgarden has argued that this kind of research does not confirm the gender binary (Evolution's Rainbow, p. 240).

She points to the fact that the three "sexually dimorphic neural clusters" (i.e. BSTc, SDN-POA and VIP-SCN) vary independently of one another. A person can have a "female" BSTc and a "male" SDN-POA etc. This leads to a large number of possible combinations. The large number of permutations may explain the confusing array of gender identities we find around us.

Swaab & Co add another dimension to this. They speculate that the INAH3 volume may have a relationship with sexual orientation while the number or neurons is related to gender identity. One of the gynephilic M2F transwomen examined had not had a hormone treatment. This person's INAH3 was in the male range volume wise (an indication of gynephilia), but she had a female number of neurons (an indication of a female gender identity).

The researches should probably include some non-op crossdressers in their next study.

In any case: this research can be interpreted as a neurological underpinning of Natalie's innate femininity theory. In other words: gynephilic -- and through them also autogynephilic -- transwomen seem to have a biological basis for their gender dysphoria.

For a second opinion, see Cloudy's post over at On the Science of Changing Sex: The Incredible Shrinking Brain.

April 2020: I have made some minor linguistic changes to this article, to make sure that the reader understands that I am not a supporter of the "autogynephilia" theory. Keep in mind that this article was written at a time when I still used the term "atuogynephilia" to refer to male to female crossdreamers who are attracted to women. I no longer do that, as the term itself refers to the mistaken model that gave rise to the term.