Autoandrophilia makes it into the DSM-5 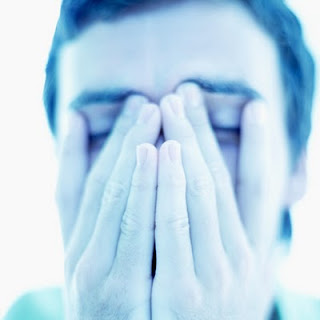 Well, what do you know!

After considering all the various comments to the DSM-V proposals, the experts have decided to keep the Transvestic Fetishm category. Autogynephilia (being aroused by the idea of being a woman) remains in the next version of the American psychiatric manual -- at least for the time being.

However, the committee has clearly found that having a diagnosis limited to men only, is politically incorrect. So, lo and behold, the experts are now willing to concede that there are also female to male crossdressers. Autoandrophilia (the love of oneself as a man) has been added to the list of transvestic disorders.

In a sick way, I guess you could call this progress. My dear autoandrophile brothers, you are now also to be considered perverts!

The experts have also added two more modifiers, where the doctor is to specify whether the condition is in remission or in a controlled environment.

ACH over at the Asexual Explorations Blog argues that "paraphilia in remission" could mean that someone need not actually meet criteria A and B to receive one of these diagnoses:

"I suspect that this specifier will encourage people to ignore the actual diagnostic criteria."

However, this does not make much of a difference, as there is no cure for crossdreaming. Sure, crossdressers can stop crossdressing, but he or she cannot stop crossdreaming. Hence, a lack of signs and symptoms mean zip, nada, nothing, unless -- of course -- your goal is to suppress behavior and not to help the client live a better life.

I believe the text "in a controlled environment" points to situation where the individual is an environment where he or she cannot express his or her crossdreaming.

It does not say so in the text, but I found the following reference to the phrase from the DSM-IV.

"In a Controlled Environment: This specifier is used if the individual is in an environment where access to alcohol and controlled substances is restricted, and no criteria for Dependence or Abuse have been met for at least the past month. Examples of these environments are closely supervised and substance‐free jails, therapeutic communities, or locked hospital units."

How a crossdresser or crossdreamer ("autogynephiliac/autoandrophiliac" in this terminology) is to live in a controlled environment is beyond me, unless -- of course -- some of these doctors continue to believe that you can cure crossdressing and crossdreaming with aversion therapy and forced isolation.

Crossdreaming cannot be cured. It is part of the hardware, not the software. Blanchard knows this, so it seems to me that he has been run over in the committee by someone who is more conservative than he is.

There is even a new tab with a questionnaire helping the doctor to determine the severity of the condition. They are all about crossdressing.

As I have said before, the current text means that people like me -- crossdreamers who do not crossdress -- are not covered by the text. That is plain out silly, and makes no sense scientifically.

What is clear from all of this is that we have a committee where several members do not understand the complexity of the issue at hand. If they had followed Blanchard's lead the text would at least have been coherent. Now it reflects an insane mix of various view points and approaches.

Even if you do believe that crossdressing and crossdreaming are categories that should be included in such a manual (which I don't) you should at least expect that the experts who write the criteria to be able to deconstruct their own text and make it logical.

Here is the text as it stands now.

A. Over a period of at least six months, recurrent and intense sexual fantasies, sexual urges, or sexual behaviors involving cross‑dressing.
B. The fantasies, sexual urges, or behaviors cause clinically significant distress or impairment in social, occupational, or other important areas of functioning.
Specify if:
With Fetishism (Sexually Aroused by Fabrics, Materials, or Garments)
With Autogynephilia (Sexually Aroused by Thought or Image of Self as Female)
With Autoandrophilia (Sexually Aroused by Thought or Image of Self as Male)
Specify if:
In Remission (During the Past Six Months, No Signs or Symptoms of the Disorder Were Present)
In a Controlled Environment
Click here for more posts about the DSM!
Posted by Jack Molay