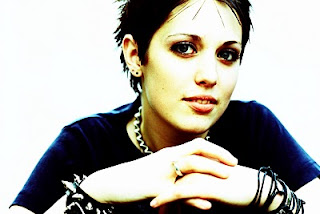 I am so glad to see that more people have started blogging about crossdreaming and autogynephilia.
By giving your inner woman a voice, you help demystifying this phenomena, which again helps other crossdreamers make sense of their lives.

A Crossdreamer's Journey is a new blog written in the voice of the inner woman of a M2F crossdreamer called Jim. Her name is Sarah Murphy.

Jim likes girls, she writes. According to "common knowledge", that makes him heterosexual. However, during fantasizing, he would sometimes take the female role:

"Following that logic, people who do both hetero and homo things are bisexual. As he used to explain it, his 'bisexuality' is an extension of his heterosexuality. But in his fantasies he was not playing the part of a male 'receiving' another male, e.g. gay. he was playing the part of a female receiving her male lover, e.g. hetero. Paradox again."
The blog looks into that paradox. Take a look!
Posted by Jack Molay