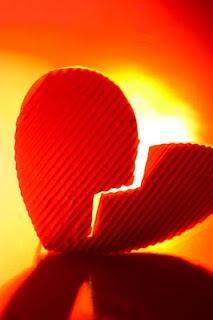 Here are some interesting posts and articles relevant to the crossdreamer journey.
Am I a transwoman?
Living with Autogynephilia has a post where he discusses the sexual frustration of being a crossdreamer, and the social isolation that follows, can be seen as an expression of transexuality.
He writes:
"My point being, that the social control of our society allows me (the real, truest me) to only exist when I'm not acting within it. And thus, I squeeze every damn second I can spare allocating it to things that the real me actually enjoys [i.e crossdreamingin private, my addition].
And this is why I want to know whether or not I'm a transexual. Transexuals (may) get to interact in real life. So if there is some confusion with my gender-identity, I want it solved."
The concepts of gender and sexual orientation
Crossdreaming ilas has a very interesting discussion about basic concepts like sexual orientation.
He points out that sexual attraction is not necessarily the same as physical attraction, and that sexual orientation is not necessarily the same as sexual identity.
He writes:
"Sexual Identity is something that is influenced by your behaviour and you behaviour is being influenced or directed by the situation you are in (i.e. when you are in a straight relationship and have bisexual feelings which you cannot act upon you identify with being straight because you cannot behave like a bisexual).

Does this mean that there are two essential parts to a person’s sexuality (namely Sexual Orientation and Sexual Identity) and that if those two are not the same that this creates a conflict in a person’s feelings?...
And if that isn’t complicated enough there are also people (like me) who would rather have had a woman’s body.

These feelings not only bring Gender Identity into the mix, but (for me) also raise the question that if an autogynephiliac has two separate sexual orientations (one for being a man and one for being a woman), can one orientation spill over to or have an influence on the other?"
I believe he is on to something important here.
In everyday speech as well as in the research done by reductionist biologists and psychologists there is a tendency of saying that sexual practice = sexual orientation = sexual fantasy = sexual identity = body image = gender identity = gender expression, and if they do not, we are talking about a perversion.
But what if crossdreaming is the end result of a statistically unusual, but nevertheless naturally occurring, mix of these dimensions?
Suicide is not a solution
Sarah, over at A Crossdreamer's Journey, has written a heart-felt and very important post about pain, depression, suicidal thoughts, and the spiritual meaning of life.
Sarah says:
"Statistics will show that us transgenders as a group have an incredibly high suicide rate. I have seen quotes pointing out that as many as 30% of us (hand raised) have considered suicide at one time or another. One would think that a large study would be suggested as to why this is so. But since most of society views us the way they do I'm afraid such a study will be long coming. I just hope it doesn't have anything to do with wanting us to disappear."
I don't think so, but I have even heard "classic transsexuals" urging crossdressers to climb into their closets and disappear, so there are definitely people out there that hold us in contempt. On the other hand, there is an increasing understanding for the needs of various types of transgender people among health professionals.
Sarah goes through different aspects of living in darkness, and suggests ways of handling depression and despair, gaining self acceptance and the acceptance of others, coping with harassment at school and work and more.
There is a lot of wisdom in that post!
Do add your own story to her post over at her blog!
Posted by Jack Molay