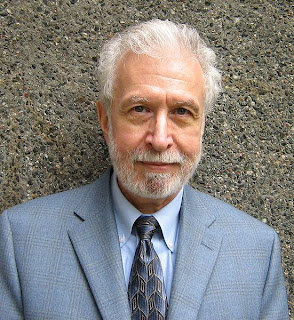 Alice Novic has discussed autogynephilia with Dr. Ray Blanchard. Here is her report.

This a blog for and about crossdreamers, people who experience cross-gender arousal. There is not much research on the topic, and much of what there is is based on the studies done by Ray Blanchard, a highly controversial figure in transgender circles.
I am very critical of his research. Even if I find his observations very useful, his explanations of them are problematic, to say the least. Still, I believe in the development of open learning arenas where everyone has a chance to be heard. This also applies to Dr. Blanchard.

After reading my August interview with you, a kind Canadian psychologist offered to put me in touch with Ray Blanchard. Planning to say more about this controversial scientist in part two of our interview, I seized the opportunity to become a whole lot better informed. And Blanchard was so forthcoming, in fact, that his email reached me before I could get one off to him. He was rather open and happy to talk over the phone.
I delayed, though, for a week, while asking him for some of his most important articles to read. I wanted to make my own mind up about his ideas, and I didn't want him to have to simply repeat them for me after he'd already spent years articulating them and making them public.
He let me pepper him with questions the following Sunday and handled each one head on. In the process, I was surprised to learn how his work extended beyond the parts I knew and admired.
To me, he is responsible for three major ideas. I've been well aware of one and mostly oblivious to the other two.

Idea #1: There are two types of trans women.

The one I've admired is that no matter how inconvenient it is for us, there just plain are two types of trans women, who differ in terms of arousal, orientation, effeminacy, personality styles, and career interests. He calls them androphilic and autogynephilic (or as I would say started-out-gay and started-out-straight trans women).
I asked him as a scientist whether one or another does better with transition. And he explained that the majority of both types find satisfaction with their new role in life, and perhaps autogynephiles slightly more than androphiles.

Idea #2: Crossdressers have some close relatives, and our whole family needs a name.

Perhaps because the name autogynephile had rubbed me so wrong, I never thought of the brilliance it took to come up with the concept. Before Blanchard, we only had the term transvestic fetishist (or its equivalent, crossdresser).
Through surveys and studies, he observed that there were at least three other groups of people who resembled crossdressers but weren't especially interested in dressing up: men aroused by the idea of dressing up, men vicariously aroused by men who were dressed up, and men aroused by transforming their bodies but not by dressing up.
Blanchard realized that it would be very misleading to refer to these three groups plus crossdressers all simply as crossdressers or crossdresser types, because that is not the behavior they have in common. What they share is that all of them are (or originally were) aroused by the idea of themselves as women.

Which leads us to that now-notorious name autogynephile. Phile as in aroused by. Auto as in one's self as. Gyne as in woman. Hence, autogynephile is a very sensible name for all those men (presumably) who are aroused by the idea of ourselves as women regardless of how we prefer to act that out.

And Dr. Blanchard in my opinion is a very sensible man. He even explained to me that people in his lab for a while have referred to male heterosexuality as gynephilia, so he was really just building on this term. Quite interesting, I thought, having for a while realized how all of us crossdresser types are much more closely related to sports-loving straight men than show-loving gay men.

Dr. Blanchard takes his role as a scientist seriously; he wants his terms to be as clear and precise as possible, and his conclusions to be as accurate as the evidence allows. Other than that, he seems to think, science, like justice, should be blind.
He doesn't believe that we should choose terms and dilute results based on how they might affect any particular group of people, even long-suffering minorities like us transgendered people.
And don't get me wrong, folks, the term autogynephilia does hurt us. The only philia anyone in the public ever thinks about is pedophilia, one of the most despised acts in our society. Because of that, I think "autogynephile," which Blanchard has no interest in renaming should be confined to academic circles and a positive yet-just-as-clear name like "crossdreamer" should be used in its place. (Crossdreamer is Jack Molay's term for men who dream of being women and find different ways to live that out.)

Am I angry with Ray Blanchard? A little bit, for being such an old stick in the mud, because I think he could change his term for us without compromising his principles. He is no transgender activist, not even one bit. He has not given us useful slogans stamped with seal of science that we can take to our wives and our congressmen. But he is a scientist who has devoted a large chunk of his career to the rigorous study of us, a rather small, not terribly well funded group of people. And for that I am thankful, very thankful.

This is to say that crossdressing tendencies are caused when a man's regular attraction to women gets directed to himself. Blanchard thinks this is likely true, though he admits that it has not been adequately studied and established by experiments.
Nonetheless, this notion about the cause of fetishistic crossdressing (and like behaviors) is so fundamental to Blanchard's point of view that he has built it into the very name for such behavior. "Autogynephilia" literally means "directing your love of women at yourself."
He explains that crossdressing behaviors bear a close resemblance to other sex drives that occasionally become self-directed. Awkwardly for us, these are pedophilia and atemnophilia ("amputeephilia" -- yes it does exist).

Having met with thousands of patients with a tremendous variety of sexual issues, Blanchard has seen how a certain percentage of pedophiles will be just as aroused by pretending to be kids or transforming themselves to be more childlike as by kids themselves. He also knows how a percentage of amputeephiles love to pretend that they themselves have lost limbs or even pursue surgery for that purpose.
Dr. Blanchard suspects that we crossdresser types will turn out to be more like these autopedophiles or autoamputeephiles only more numerous because we are the auto version of gynephilia, i.e. heterosexuality.

You may be starting to feel a little sick to the stomach as you digest all this. I sure did as I chewed on what Blanchard was telling me: in his expert opinion, started-out-straight MTF transgendersim seems to be more of an alternative sexuality than an intersex condition. And what's worse, an alternative sexual desire along the lines of pedophilia.
"Whoa," I asked, holding on to my stomach, "what about homosexuality? That's an alternative, now perfectly dignified, sexuality?"

"Well, yeah," he replied. "You could think about it like that."
For the whole week after our conversation, I absorbed this body-blow to my self image, What if I've spent all these years adapting to a freaky sexual taste rather than to being a gender imbetweenie? before deciding that it wouldn't deep down make a difference. It would just make the whole thing more awkward to explain to myself and to others.
But then again, that's what we have simplifications for. We only need share more with people who are sincerely interested and solidly on our side. Still, Blanchard says what he says without judging and doesn't even know if he's right about this. But I had to admit it was possible and make my peace with what he was saying about me. Though I'd prefer to think of myself as intersex, I'm curious which way the evidence will point, if and when we have more.
Alice AKA Richard Novic is a Harvard-educated psychiatrist and crossdresser and author of the book Alice in Genderland: A Crossdresser Comes of Age