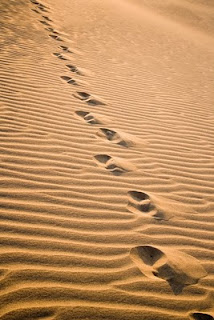 I am going to share another reader's life story with you today, a male to female crossdresser -- "Bert"/"Bea" -- who believes he will have to remain single for the the rest of his life.

Now, the obvious argument against this conclusion is that a majority of crossdreamers do find love. Moreover, I have seen no proof that such relationships are more likely to fail than others. I have been together with the same fantastic woman for many, many years now, and would not even consider living without her.

Still, I can see why B/B has come to this conclusion. When you read between the lines, you will see that he makes his conclusion based on two factors:

1. He has never fallen in love.
2. Women do not want this kind of a partner.

But also note how accepting his friends are when his inner woman comes out of the closet.
I have often wondered if I would have dared to approach my girl friend the way I did back then if I had known what I know about crossdreaming now. At that time, in my twenties, I did know about my fantasies. But since I was not crossdressing, it was easier for me to live in denial. I believed -- or hoped - that this would all pass if I managed to get a girl friend. It did not, of course.

Like B/B I had never fallen in love. Or so I thought. The fact is that I was scared of women. I had probably loved many women, but never dared to admit as much to myself. The pain of never being able to do anything about it was just too much to contemplate.
At the time I believed this fear was caused some really bad childhood experiences. Now I suspect it was caused by a fear of being rejected because of my crossdreaming condition. I believed women were looking for "real men".

It turns out I was right about that. Women are looking for real men. However, for many of them the concept of a "real man" may include people like B/B and me.
It seems crossdreamers have a tendency of putting women up on a pedestal, imagining them as some kind of perfect beings that cannot love men with faults. The good news is that women are as imperfect as any man, and that they have their own fears, insecurities, unorthodox dreams and desires. Real love grows out of accepting and embracing that diversity, not denying it. And yes, a lot of women will accept crossdressing and crossdreaming as long as they them selves feel loved and appreciated.

Enough about me. Here is the story of Bert and Bea.
Discovering crossdreaming

"I am a man in his forties living in ... Last week I found out that I am not only a transvestite...I found your blog and also on the blog of Susanne. After reading for some time I discovered that I am an AGP [autogynephiliac/crossdreamer] and I am in some sense very happy that I found out.

I think that I don't know what it is to fall in love and I find what others tell me about falling in love to be exaggerated. I never had that feeling of having butterflies in my belly. I think that I love all females on this planet and I just cannot pick the one. I am certain that I am hetero and I don't think this will ever change.

Seduced by a woman
In 2007 a girlfriend of mine persuaded me to go to her place (it was her idea,and she persuaded me). We had sex (for the first time in my live with a partner). I could not reach any form of orgasm and was kind of sad about that. I thought I should go with my feelings and leave my fantasies out of it, cause this was the real thing.

A few days later we had sex again and this time I imagined myself dressed up in female attire. Then we both came. Before we had sex that night she showed me a new dress she had bought, and I could imagine myself wearing that same dress in my phantasies (a brown dress with golden polka dots,I still can see it clearly before me).

Since then I haven't had any form of sex with a partner,so I think that you are right in stating that we agps are loners.
Terrified of women

I found a sentence in one of the comments on Susannes blog about this that fits me like a glove.
"We are attracted to women but utterly terrified of them - so much so we'd just as soon avoid situations with them."

Although I have many girlfriends. Last year I went on a vacation with six girls who where not aware of my inner feelings. I was the only man. I had a wonderful vacation but I regretted that I could not dress up or wear my satin nightgowns and take part in certain activities like putting on nail polish and .......But I certainly did lots of cooking and washing up.
Crossdressing

I also noticed that there are four category of autogenyphiles and I find myself in two of them. The behavioric and the transvestic. As long as I can remember I've always liked to dress up. Although there as also a time when I threw all my female garb out, later regretting that I had done so (which is very common I guess).
Nowadays I almost dress up every day and feel very comfortable about it. But some times I tremble out of fear of being discovered. The urge to dress up grew when I became unemployed last ....- due to low self esteem, maybe?

I have a closet full of female dresses and blouses and skirts and lots of lingerie. Many of these items I made myself. I love sewing (en femme). I never made anything for my male wardrobe. I also find a great thrill in ironing. ...While living alone I also dress up when some cleaning needs to be done. Before I thought it was degrading for a man to clean and that that was the reason for me to do these things en femme...
Friends

There are a few people here in ... who know about my second half, and that makes me happy. My sister knows about me becoming Bea and loves to go shopping with me. Although I never go out dressed as a woman.

I also have a girlfriend (not the one mentioned above) with whom I become Bea on a frequent basis. She loves to let me do her ironing and other things like cooking and washing up, cleaning and sewing ....which gives me a very good feeling.

She stated that she is not in love with me but she feels that I am like a very good girlfriend...I love it when she emails me about our next session and gives me exact details on what to wear while performing the ironing and such.
Fetish club

Last year we went together to London and visited a fetish club. We both changed attire when we arrived there. That was the first time Bea was out and about. I got very nice compliments on my clothing and my style. Later that night we drove home in a cab and I found it very thrilling to do so.

Last weekend someone who knows the other side of me told me that she loves the way I deal with my self -- a very nice compliment indeed. The fact is that the more people know about your second side the easier it gets to talk about it. It seems to become more normal. But I am sure that not everyone will react as positively as she did last weekend...
The gentler me

While I'm dressed up I feel more at ease with my self. And I do not have to act masculine. It is in a way like ,let go and be or do easy. I become more loving being me, gentler, softer. I feel more down to earth and can show my inner feelings more.
I love to make myself beautiful but it has taken a lot of time before accepting the girl in the mirror. The fact that others know about this and accept the way you look made it easier for me.
Envy of women

I always (as long as I can remember) felt very jealous of women and all those nice clothes they can wear. Open up a clothing catalog and look at the men's section! It is made up of 4 pages. The remaining 150 pages presents nice things for women. I still think that it is not fair.

Now a good two weeks after I found out about my AGP I came to the conclusion that finding a girlfriend is not a topic anymore. Living for twenty years on my own I some times feel lonely but most of the time I am happy. But reading this post it gives me hope that the unexpected may still happen: http://www.strappedinsilk.com/columns/column27.html
Broken marriages

...I am very happy that I am not part of one of the divorced couples I see, the ones with loads of worries. Very recently I heard from a friend of mine that his relationship is over,and I thought that they were doing so well. They have four daughters...
Although I am aware that there are also happy couples, I think that they are in minority..."
The text has been edited in collaboration with "Bert" to avoid identification.
Posted by Jack Molay