The spiritual life of a crossdreamer 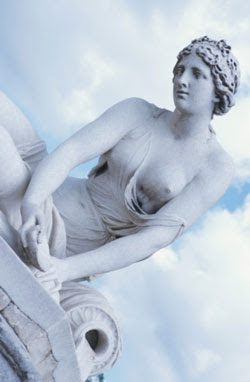 Here's another crossdreamer email I would like to share with you. Anonymous 32 does in no way deny the difficulties with being a crossdreamer, but he also points to spiritual and religious side of having a strong inner woman.
I can relate to this. For me this journey of self discovery definitely has a religious side to it.
Jack
Anonymous 32 writes:
'Honestly I wish I didnt have this "autogynephiliac" deal, as it has wrecked my life, but also made it quite interesting. A double edge sword!!!!...

The "interesting" part is that I am more in tune and aware with myself and surroundings. Quite sensitive to everything going on. Its made me tap into art, meditation, music, painting, etc. To appreciate a beautiful day, to love, to be, to seek the inner worlds of meditations and to see if there really is Enlightenment and a God.
Its gotten me closer to the handful of women I have dated in the past and they always commented that I'm quite different from all the other guys.

The "wrecked" is that it became soooo bad it led to tons of cross dressing, secretly buying womens clothes and accessories, I've slept with men while "dressed", I've lusted and craved for men sexually, left a high school sweetheart because I felt I wasn't "right" mentally, have taken female hormones off and on for years and now have to "hide" a set of A cups when summer arrives.
From my Catholic and Christian up-bringing I've felt like I'm condemned to hell for what I've done, like a lost soul, a slave to these fantasies and lusts!!!! Some times for a week or two I plan out how to go through full time hormones, hair removal, and transition into living full time. Then when it fades away, I hate myself for it and feel perfectly fine to be a guy attracted to women and having a crush on Scarlett Johanson (the actress).

Through the decades (32 now), I've studied alot of psychology, philosophy, religion, Jung, Psychotherapy, ETC all in my free time. Hundreds of books!!!. Have even been told by a psychic that i have existed here before as a woman in a past life, a man before that, and have reversed roles for quite some time.

But what seems to me to be the case is that its as if there are 2 of me. The male part and the "want-to-be female" part. These 2 clash all the time. Its been my life-long warfare of me against myself. Because of this "condition" I have opted to live single for the past 8 years, trying my best to be celebate, and to resolve these two identities but the resolution seems like an impossible fantasy!

I would love to have a girlfriend, to be in love with her and her with me, to have a normal life and to not have this come up anymore. But it still does and all the psychologists and gender specialists in the world can't help me with this. But I guess this is what makes me unique, different from everyone else.
I understand men and women from the inside out and it is like I am both at the same time. However my deepest yearning is to just Be, to have peace from all this, to cease with this back-and-forth identity tug of war. Its taken up so much of my life, energy, health, relationships, and normality and is a daily struggle that I contend with.

I just wanted to give you my take on it. I seem to be an extreme case of this condition whereas many people just keep it to the realm of mental fantasy. For me it has transformed into such a big deal and huge life dilemma. The fantasy part is just the start, the gateway drug if you will.

Although I have crossdressed since I was 4-5, I can link it to a certain event. When I was 4 years old in the early eighties, my parents let my hair grow quite long as was the style back then. My father was an alcoholic and I remember one incident while drunk, where he grabbed me and forced french kissed me. I immediately fought against this with disgust by trying as hard as my 4 year old muscles would allow, to push away from him.

Anyway, that just to say that while I have found a reason for me having this condition, it doesn't change the fact that I have it. I wish I didn't, but I do and the battle continues on.

On another note, I have gotten deep into the study of ego, eastern philosophy, Advaita Vedanta, and Dzogchen. It seems to be that the ego is an illusion, simply said its just the thought "I".

I have experienced this in meditations, that I am an Illusion in real what is left over is the Isness of all things at once.

Either way, I wonder if having thoughts/fanatasies while aroused with lust, doesn't in some sort of mystical way charge these fanatasies with sexual magnetism and therefore giving them more power over a person. Sexual energy is a huge topic in religion and philosophy and is said to be extremely powerful. Its just something I wondered about.
See also Part 2 on the spiritual joourney of a transgender person.