Gender Reloaded 2: From power to biology 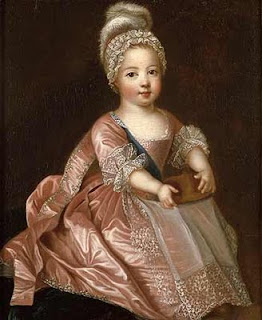 My series on an alternative view of gender continues

A belief system is a relatively coherent view or understanding of how the world works. It contains certain “self-evident” truths that are not questioned by the people sharing the belief system.
Before Kepler it was, for instance, considered self evident that the Earth was the centre of the universe and that the planets moved in perfect circles around it. You did not discuss why the planets had to move in perfect circles. They were closer to God and God was perfect: Hence they had to move in  perfect circles, where each point of the curve was at an equal distance from the center.

The same applies to sex and gender. Different societies have different belief systems with different given “facts” that all adhere to, including priests and scientists. If you allow me to simplify a bit, I would argue that there are three major belief systems of relevance to this discussion.
Model 1 The dominance model of sex and gender

The most widespread model of sex and gender is not the one most of my readers know from school and upbringing. Most of you come from Northern Europe and the Anglo-Saxon countries, and they are all dominated by Model 2, the biological sex model.


The dominance model dominates (or at least used to dominate) the general population of the Mediterranean countries, the Middle East and Latin America. I have also found it on the Indian sub-continent and in South East Asia. The model is based on a patriarchal view of gender roles. Men rule, women are ruled. Men signify mental and physical strength. Women are considered weaker in all ways. This is also reflected in a view of the man being a free agent, while the women are considered servants.

To what extent this is considered a fact of nature or understood as a religious, political or moral law is often unclear. From my reading of sexuality in the European Antiquity and the Middle Ages (periods which were dominated by this model) it seems to me as this is more a matter of moral order -- i.e. the law -- than any reflection of inborn nature. Women can dominate, but they ought not to.

The proper role for a man having sex is to be dominant and proactive. His dominance reflects his freedom and power. Under the dominance model it does not matter if the partner is a woman and or a man. A man continues to be a man as long as he is the “penetrator”.

The French philosopher historian Michel Foucault has documented how the maleness of the free men of Athens was measured by their virility and dominance, not by their sexual orientation. On the one side you had the dominant and free adult men, on the other side you had submissive young boys, slaves and women. Having sex with young boys was therefore considered OK and not in violation of the male prerogative.

In countries like Span, Brazil, Turkey and Egypt, a man continues to be considered “heterosexual” and normal, even if he has sex with men. The only taboo is to take the role of the woman, being penetrated.

Please note that I am referring to the beliefs among people in general here. Even if the Catholic Church in the Middle Ages believed same-sex relationships between men was a sin (“sodomy”), people -- including monks and priest -- had a pretty relaxed attitude towards same-sex activities (Some of them still do, it seems). You will find a lot of Islamic mullahs and ayatollahs arguing against homosexuality, while they at the same time have sex with men themselves. Their excuse is that they are active, and not womanish.

The biological sex model is dominant in Europe north of the Alps and in all Anglo-Saxon countries. It is a rather new invention. It seems to me it became influential in the upper classes of Europe in the 19th century and spread out from them during the 20th. In the 1900’s you would still find farmers and working class men adhering to the dominance model, and to a certain extent it would also survive in all male environments (the military, prisons and boarding schools). By the end of the 20th century, however, the biological sex model had all but taken over.

The biological sex model also grew out of a society with clear differences between the sexes as regards roles and behavior, and as in the dominance model this was originally based of an understanding of women as weaker than men. This should come as no surprise, as these countries had earlier been under the spell of the dominance model.

In this new model, however, the main focus is on biology, not on cultural laws and regulations. Women are weak not because God has commanded them to behave in this way, but because they are. The passivity, weakness and asexuality of women is  part of their biological nature. It is part of their feminine essence.

There was an endless row  of scientific papers and books proving that women are the weaker sex in the period between the late 18th century and the 1980’s:  their muscle mass was smaller, their brains were smaller, certain parts of their brains were inferior, they had an intelligence on the same level as “Negros”, Irishmen and children. In short: they were short and they fell short.

The advent of Darwinism strengthened this belief system, although it did not look at is if it would at the time Darwin proposed his theory of evolution. Many were appalled at the idea that the female had the power to choose between males, mating with those having the biggest chance of siring strong offspring.

The problem was solved, however, by building an evolutionary model where the female was understood as passive and “coy” and the male was considered strong and proactive. By giving the female the urge to care for the offspring only, the biological sex model also managed to something the dominance model could not: it managed to relieve the female of any sexual urges.

(Yeah, I know: Real people knew better, but we are talking about the ideology of “the brains” of society here.)

The idea that women are to be at the passive, receiving end of an intercourse and the man at the active penetrating end is according to this model a biological necessity, not a moral obligation. Moreover, since the end result of sex is offspring (Darwin and God say so), same-sex intercourse becomes unnatural and meaningless. At this point in history all types of same-sex sexual relationships became taboo.

In the dominance model they are considered morally weak people who commit a sin. They are law breakers.  In the biological sex model they are sinners by essence. They are perverts by nature.

By all means, there are a lot of exceptions to this general rule, and you would meet a lot of people who would argue that homosexuals could just decide to stop frolicking with men by an act of pure will. But in medicine  a new idea came up: the reason people do things against their nature, is that their nature is broken. They are not law breakers, they are ill.

This was the dawn of the age of paraphilias, the obsessive need to classify variations as perversions. Anyone who did not fit the overarching belief system of men being strong, virile, mentally alert and proactive and women being weak, asexual, feeble-minded but kind and loving were sick.

And all up to the 1970’s strong women, homosexuals and crossdressers were treated with drugs and electroshock in order to heal them from their deviant and unnatural behavior.
Next: The dominance model and the biological sex model compared and in transition.
Click here for all of the posts in the Gender Reloaded series!
Image: King Louis XV as a child. Both in France and in Britain it was customary to dress young boys up as girls all the way up to the late 19th century (From Wikipedia).
Posted by Jack Molay