Gender and sexuality diversity is not a disease! 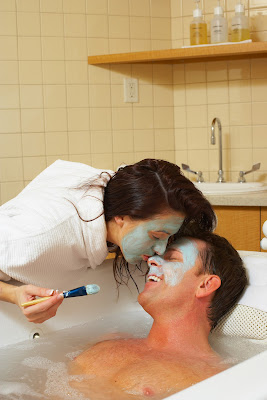 Imagine there was no social stigma attached to crossdreaming, crossdressing or being transgender.

Imagine you were allowed to talk about it without risking your job, you family and your circle of friends.

As long as conditions like these are considered paraphilias and mental illnesses, that is going to be hard. As long as the medical authorities, the priesthood of the Church of Science, label you as a pervert, there will always be doubts.

For the gay movement, the removal of homosexuality from medical manuals in the 1970s was an important step towards social acceptance.

I am perfectly aware of the homophobia found in parts of the Western world (cp. the American Tea Party movement), but the fact that a majority of Amercians now support gay marriage tells me that the decisive battle has been won. It is clear to most sensible persons that the psychological suffering of gays and lesbians are not caused by their homosexuality, but by the way the surrounding society has treated them.

While I have -- partly for personal reasons -- focused on the gender dysphoria of crossdreaming and crossdressing, others have focused on the fact that such interests may just as well be harmless expressions of the diversity of natural sexuality.

Take away the stigma and "paraphiliacs", and crossdressers and crossdreamers are no more likely to be maladjusted, unhappy or mentally ill than other people. If society could accept, and maybe even embrace this diversity, there would be no mental illness of this sort.

I must admit I cringe a little at their use of the word "fetish". I am still not convinced that the term may be salvaged from the stigmatizing use of the medical community. The term is also  often used to belittle those that suffer from a clear sex identity misalignment, and it is -- in may opinion -- hard to categorize non-crossdressing crossdreamers as fetishists.

Still, their main message makes perfect sense to me:

"The fetish/BDSM group is an equal contributor to the society and scores on the level with most people on psychosocial features and democratic values such as self control, empathy, responsibility, love, equality, and non-discrimination. Because the ICD fetish and SM diagnoses are superfluous, outdated, non scientific and stigmatizing to the fetish/BDSM minority, these diagnoses have been removed in nearly all of the Nordic countries. The diagnoses are so seldom in use, that neither care, statistics, nor research are affected by their abolition."

Revise F65 has now presented a report to the Word Health Organisation where they explain why the diagnoses as mental illnesses have to go.

The report documents the similarities between the treatment of "sado-masochists" and crossdressers, especially in the attempts made by scientists to present them as maladjusted and mentally ill citizens who are unable to establish stable love relationships. The data tells another story.

I am taking the liberty of republishing the Transvestic fetishism/Transvestism chapter of their report, as it contains some very interesting observations that should be of interest to crossdreamers and their associates.

"[Ray] Blanchard (2009) acknowledges implicitly that there are ego-syntonic well-adjusted transvestites. He still argues for keeping the diagnosis with some alterations.


In his reference list is a survey by Langstrom and Zucker (2005).


The sample for the study consisted of 2450 randomly selected men and women aged 18 to 60 from the general population of Sweden who agreed to participate in a larger study of sexual attitudes and behaviours. Items concerning cross-dressing behaviours were embedded in the survey questionnaire. One item asked (the dependent variable): "Have you ever dressed in clothes pertaining to the opposite sex and become sexually aroused by this?"


Among the variables that were NOT significantly associated with cross-dressing behaviour among men were socioeconomic status, history of sexual victimization, satisfaction with life in general, psychological and physical health, or current psychiatric morbidity.

Blanchard is following a traditional basic assumption about a “syndrome” of Transvestism (also called Transvestic Fetishism) consisting of four elements. “These four elements are: (1) cross-dressing (2) associated with sexual arousal (3) in a biological male (4) with a heterosexual orientation. ”This clinical consensus is supported by the available epidemiological data (Langstrom & Zucker, 2005)” (quotes from Blanchard, 2009).


While Langstrom’s study supports the notion that there are more men than women who fit the (1) and (2) criteria above, it does not, however, support the idea that this constitutes a syndrome or that it should be diagnosed. If a phenomenon is to be called a “syndrome”, there must be strong enough evidence that this phenomenon constitutes medical or psychiatric pathology. In our opinion this is not sufficiently substantiated in Langstrom’s article. Blanchard does not refer to any other “epidemiological data” in the article mentioned.

Potentially problematic results from this study were: “Transvestic fetishism also was strongly related to experiences of sexual arousal from using pain, spying on others having sex, and exposing one’s genitals to a stranger.”


There is no clarity in the report of what this really means, if for example these strangers were informed, whether they consented or not. The authors point out some limitations of this study, and cautions about the fallacy of drawing conclusions about cause and effect. One could speculate that people who get specially easily sexually aroused are more likely than others to be sexually aroused by just about anything, including “exhibitionism” and “voyeurism”. There is no reason to believe that problematic sexual behaviors or transgressions originate in transvestism.


We will also argue that people who may have their sexuality diagnosed may be more likely to be sexually transgressive than others, because acting out some kind of alternative sexuality will likely be perceived as a transgression. A self image of somebody sexually transgressive could easily create self fulfilling prophesies. Also: diagnosing a specific kind of sexuality will probably increase the likelihood of becoming ego dystonic which in turn could increase the likelihood of transgressions.

An earlier study from 1996 (Brown, et. al., 1996) suggests that cross-dressers not seen for clinical reasons are virtually indistinguishable from non-cross-dressing men using a measure of personality traits, a sexual functioning inventory, and measures of psychological distress.


In an article, Moser and Kleinplatz provide a case study of a person who could be diagnosed with transvestic fetishism. They give a convincing argument for removing this diagnosis: “Should this behavior, which can be regarded as adaptive rather than distressing, be construed as psychopathological? The rationale for pathologizing a coping skill is questionable.” (Moser and Kleinplatz, 2002).

Basen together with Langstrom (2006) published a book about “unusual sex”. They try to evaluate the current thinking about the paraphilias including SM, fetishism and transvestic fetishism. Included in the book are interviews with several practitioners. ”Our goal when starting on this book was to try and understand sexual deviation or paraphilia. We encountered the project with some prejudice. We were mentally prepared for meeting “weird” people who could even be dangerous. But we met people who, apart from having statistically unusual sex, for the most part were obviously ‘usual’ ” (Basen & Langstrom, 2006: 255,256). “Socially speaking, we experienced people who comprised an average segment of the Swedish society” (Basen & Langstrom, 2006:256). “Our basic view is that every one has the right to assert his or her sexual peculiarity as long as it does no harm. It is of course not acceptable that people suffer due to intolerance and prejudice. If so, the attitudes of society should be targeted - rather than giving treatment to the individuals” (Basen & Langstrom, 2006:260, 261).


We want to point out that one year after the survey by Langstrom and Zucker (2005), Langstrom in 2006 has taken a more accepting position to these sexual minorities. And we again want to emphasize that Blanchard (2009) mistakenly claims that Langstrom and Zucker’s article corroborates the notion of a “syndrome” of Transvestic Fetishism. We will further argue that such a claim could contribute to intolerance and prejudice.

According to Eisfeld, who in 2011 gave an oral presentation at the 20th World Congress for Sexual Health, there have been instances of Transvestic Fetishism being used against male to female transsexuals. People who have been seeking help for sexual reassignment have been rejected by psychiatrists who have diagnosed them with Transvestic Fetishism and therefore they have not been taken seriously as having Gender Identity Disorders.


If the diagnosis of Transvestic Fetishism stands in the way of giving people appropriate treatment, this is in our opinion an additional reason to repeal that diagnosis. Eisfeld also had a comment concerning the B criteria of the paraphilias: It would be important to add that the distress, as expressed in the B criteria, is not caused by discrimination or external prejudice. (Eisfeld,J., 2011)"