Autogynephilia on a Napkin Part 2 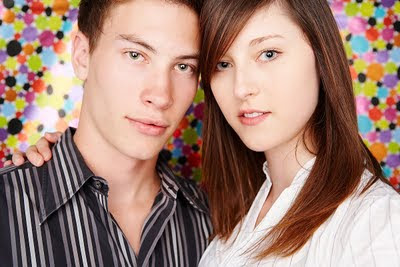 For Blanchard, who sticks so closely to the male/female and heterosexual/homosexual dichotomies, this second group was originally a puzzle. He finally came to the conclusion (without any real scientific proof, really) that they constituted a new type of paraphilia (sexual disorder or perversion).

They are still men, and in some sense (given that they love women) they are heterosexual, but basically they belong to a new category. They do not love flesh and blood women out there. They love an internalized woman. They feel lust for themselves as a woman.

At this point I can no longer give you a simple and elegant figure to illustrate their theory. It is complex and convoluted, so much so, actually, that that in and for itself speaks against it. (At least if you believe in Occam's Razor.) Why stick to this kind of explanation, when there are simpler theories that can explain the same findings?

It is a sad story indeed, and why Blanchard, Lawrence and Bailey believe this can help autogynephiliacs is hard to understand.

I believe them when they say their intentions are good, however. They are clearly trying to find out the truth about autogynephiliacs, but is this really the truth?

What are we talking about when we talk about masculine and feminine traits? Are there are two clear cut mutually exclusive categories in this respect? I mean, is their division of transsexuals into two distinct categories absolute?

As you might have surmised, I find the category autogynephilia useful, having a term for people who get aroused by the idea of being their target sex useful. and I know for a fact that there are transgender people that are much more feminine than me. (I do not look feminine at all!) But I cannot see that Blanchard & Co have proved that this is not an issue of a gradual transition from one category to the other. There is no clear cut borderline, so you do not need two separate theories to explain the two categories.

Madeline Wyndszen, a transgendered professor in psychology has an interesting article where she discusses the statistics used by Blanchard, and reproduces a figure from one of his articles.

The figure shows his categorization of some of the respondents in his study, distributed according to the extent they are attracted to men (androphilia) or women (gynephilia). Annalloerotic means there is attraction to neither men nor women.

"Just looking at Blanchard's data, I do not see these two clusters of dots. If anything, I see a cluster of those with attractions to men (i.e., "homosexual" and bisexual as one group and a second group of "hetrosexual" and "non-sexual" transsexuals)."

Indeed, Blanchard's own research shows that there are all kinds of variations in his group of transgender, but these variations are gradual, with no mutually excluding categories.

Blanchard admits as much. He writes:

"It must be emphasized that the cluster analysis was not performed to discover or to confirm the existence of clusters among the transsexual subjects. It was chosen as a convenient and relatively non-arbitrary way of assigning subjects to a set of predetermined groups".

Now, you would never expect a clear cut division into categories in a study like this one. For that both human respondents and the tools of the statistics are to "messy". But it should definitely be more clear cut than this.

All this leads me to suspect that although the categories are useful for discussions and self-discovery, they are not "real" in the sense my sex (male) is real, the chair I sit on is real or the virus that causes the swine flu is real.

It is true that I look pretty masculine. But this "autogynephiliac" has also clear "feminine" traits: I am called a good listener, non-aggressive, creative, I have a background from the humanities, etc., traits I have in common with many "homosexual transsexuals". If we look at sexual orientation (homosexual vs. heterosexual) as something distinct from the masculine/feminine scale, the borders do become blurred, indeed.

An alternative model for autogynephilia

I do believe that many transgender phenomena have a biological basis. The variation we see can probably be explained by different variations in the biological make-up, whether this is based in the genome, the proteom, in pre-natal hormone balance or whatever. The way this syndrome plays out is also influenced by personal experience and the social and cultural surroundings.

Here's my alternative napkin drawing for the relationship between gender and sex. And again: This is a theory, not something I can prove scientifically.

In most "normal" men the masculine traits are dominating. It is not that they do not have a feminine side. We know of a world famous soccer player that likes to wear dresses and long hair. But his feminine side does not threaten his overall gender identity as being male.

Note also that the "traits" represented by my Venus and Mars symbols are not necessarily exclusively female or male. When you read some of this literature you might be led into believing that acting out and aggressiveness are for men only. Read your Shakespeare, folks!

Moreover, some of the traits are clearly culturally determined. The feeling of long hair as being something feminine cannot have a biological basis. Men had long hair in 17th century Europe, as did men in most of the tribes of the Native Americans.

The figure below shows a a male with both feminine and masculine traits, but where the feminine side is dominating. He might not be a "pure blooded woman" in a wolf's clothing, but he is definitely much more of a woman than a man, mentally speaking. His/her degree of femininity has reached a critical mass, so to speak.

There are probably a large number of non-transgender women out there that are more masculine than he is. If the male to female transgender undergoes sex reassignment surgery she has the same right to be considered a woman as   as they do.

The fact that the sexuality of the "autogynephilic" seems "disturbed", can be explained by the fact that feeling like a woman in a man's body is traumatic. In some cases the feminine and masculine traits are so mixed up that it is hard to decide whether you are a man and a woman at heart. As identity formation go, that is even more disturbing than being a "traditional transsexual". No wonder many "autogynephiliacs" find it hard to establish a harmonious sex life. That doesn't make them perverts.

Besides, transgenderism is still stigmatized in most communities, and it isn't easy to communicate to friends, family and colleagues that you are a woman or (which is probably even more complicated) something in between. No wonder their deepest longing try to find an outlet in "unorthodox" activities, being that cross-dressing or the consummation of TG erotica.

The clusters of gender identity

I do believe gender identity has some kind of biological basis. The idea of gender as a pure social construct makes no sense to me, especially because of the existence of transgender people.

I didn't ask for this, my parents didn't and my culture didn't even have a word for what I am. My autogynephilia is not caused by language or culture, although I admit that psychological trauma may have strengthened it.

But what we call feminine or masculine is not determined by the existence or absence of an Y chromosome. It is much more complex than that.

In this figure I give my hypothetical vision of humanity and their gender: There are two large clusters around the traditional male and female roles, but there are also a large number that fall outside those groups. That's where I believe I belong.