DSM-V: What others say 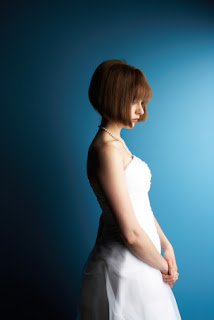 I just wanted to draw your attention to a few other blog posts covering autogynephilia and the DSM-V manual (see my previous post).
Cheryl over at Cheryl's Mewsings makes a point similar to mine regarding the fact that crossdressing men are considered perverts, while crossdressing women are not:
"Let’s backtrack a little to talk about Transvestic Fetishism. This is what we used to call Transvestism, and is used to be an 'illness' only if it caused distress. Under the draft of DSM-V it is now an illness regardless of whether the patient is distressed or not. It is also gender-specific. Only men can be diagnosed with it. So if a woman wears clothes that the psychiatrist deems appropriate to a man that’s fine, but if a man wears clothes that the psychiatrist deems appropriate for a woman then he’s automatically diagnosed as crazy, even if he exhibits no other symptoms."
The DSM-V does give transsexual autogynephiliacs the chance of having sex reassignment surgery, but the price is high. Cheryl puts it this way:

"I should note that Blanchard & Zucker are prepared to allow people that they diagnose with Autogynephilia to go forward for surgery. However, that is at the price of having been labeled a narcissistic sex pervert, and with no option for being declared 'cured' as there is with Gender Incongruity."
Over at Wrestling Emily Dickinson Adam Fish follows up on Chery's musings, discussing the "reality" of autogynephilia. He points out, correctly as I see it, that psychological disorders are not the same as illness caused by viruses and bacteria. Mental disorders are "nebulous collections of symptoms":
"But the labels we apply to these collections of symptoms are always subject to change, as are the symptoms which fall under a certain label. For example, schizophrenia as we know it has developed over a curious course of diagnostic evolution from its original classification as 'dementia praecox' to the clinical definition we know today. Currently, moves are afoot to eliminate Asperger's Syndrome as a separate condition and merge it with the other Autism Spectrum Disorders, on the grounds that it fits in better on that spectrum than as a separate entity. All this is as it should be: research modifies our understanding of a condition, which in turn modifies the way we categorise it, which in turn leads to improvements in the ways we treat or help people deal with these conditions. "
Exactly! Good science is always changing, challenging its own preconceptions. This requires humility in the face of complex phenomena like crossdressing and autogynephilia. As far as I am concerned Blanchard and his friends have the right to do the research they do and make the claims they do. But they and everybody else should keep in mind the following:
Blanchard and his friends have not presented the objective truth of anything. They have no real proof for their statements. That does not mean that theirs is bad science. It isn't. It just means that we have to read it for what it is: Another argument in a never ending scientific discussion.
Blanchard and his friends (as well as all scientists) are not disinterested observers of the world. They carry their own baggage and their own prejudices, and in this case it seems that what their mama told them ("Real men don't dress up in skirts, but women can wear trousers!") forces them to interpret their observations in one way only.
These ideas about what is normal and abnormal sex has been reinforced by their scientific training. Traditional evolutionary biology can only interpret hetero sex normal, as that is the only sex that can lead to offspring. This is why Blanchard & Co spends so much time on trying to explain homosexuality and why they cannot accept that heterosexual men would like to be women.
Fish again:
"I mentioned in my previous piece that, for a long time, homosexuality was considered a psychiatric 'disorder' because it was regarded as 'abnormal.' Thankfully, these days it is accepted that this isn't the case. But psychiatry persists in categorising some sexualities as normal and others as not so. The device used for this purpose is the idea of 'paraphilia' or, in layman's terms, sexual fetishism. "
But something doesn't have to be causing anyone harm to be considered a paraphilia. Fish argues gender incongruence becomes a disorder because it conflicts with the social expectations a society places on someone because of their birth gender, and failing to meet those expectations causes feelings of trauma and guilt:
"Most sexual fetishes only become disorders when the treatment of people who happen to enjoy such fetishes leads to their experiencing feelings of marginalisation and low self-worth. "
The purpose of medicine is to heal those who are hurting, without harming them further, Fish says.
"So, to return to Autogynephilia, here we have a definition of something which could easily be classed as Gender Incongruence, but isn't because some cis male psychologists have decided that the only real gender incongruence is heterosexual in nature. If you're a [male to female] trans woman and you want to fuck men, Roberta's your auntie. But if you're male assigned at birth, feel gender incongruence, but want to get it on with other ladies...that's not real Gender Incongruence. That's just a paraphilia. That's just sexual deviancy (don't worry if you're a [female to male] trans man who wants to fuck other fellas, though. Ray Blanchard doesn't consider gay trans men in his definition of Autogynephilia. Perhaps, like Queen Victoria on lesbians, he doesn't think they really exist)."
Fish's advice to the DSM is simple: Focus on gender incongruence and drop autogynephilia.
See also comments by
Posted by Jack Molay